As February is just beginning, we turn our attention to seven new slots that can be played on Bitcoin and crypto related casinos. Seek out Aztec gold, survive San Quentin penitentiary, bask in the full moon’s glow, rescue a donkey trapped in a cave-in, or raid an ancient Egyptian Pharaoh’s treasure.

If we have your attention, then you’ll love what’s coming up next!

Nolimit City pushed the boundaries with its release of San Quentin. The California state prison houses death row inmates and is home to many notorious men. You don’t have to be doing 25 to life to play the slot, but it sure won’t hurt!

Welcome to one of the toughest prisons in America, home to convicted felons like ‘Beefy Dick’ and ‘Crazy Joe Labrador.’ You won’t want to cross these guys, or you’ll end up lying in chalk. The game is played on a 5×3 (reels x rows) playing area with 243 ways to win. If you survive your stay, you may get out with 150,000x bet!

Above and below each reel is a cell called a locked enhancer. When triggered, these cells reveal a symbol: A high–paying, a Razor Split (splits regular positions to double positions), or an xWays symbol (4 high-stacked identical symbols).

The slot also has some other exciting features and special symbols including Lockdown Spins, Jumping Wilds and the Psycho Manhunt.

Not surprisingly for a prison with extreme characters, San Quentin has extreme volatility with an RTP of 94.11%. If you’re going to play in this yard, then you better come armed!

100% up to 1BTCWelcome Bonus Package up to 7BTCRead ReviewVisit Casino

As the sun sets on another day, it becomes the moon’s time to shine. As she makes her glorious entrance, anything can happen under her pale milky light. Welcome to Lucky Lady Moon from BGaming. Let her magic guide you!

The playing area consists of a 5×3 (reels x rows) slot consisting of 10 magical paylines. You’ll find horseshoes, four-leaf clovers, diamonds, gold coins and ladybugs in the light of the pale moon. The real magic is the maximum payouts that can reach 27,000x bet!

Lucky Lady Moon is beauty personified as a 2x multiplier wild symbol. Aside from substituting for any other regular symbol, she can also create her own winning payline rewarding up to 9,000x bet. A glorious red moon is the scatter that rewards scatter wins of up to 500x bet and trigger 15 free spins with 3x win multipliers. The feature can be re-triggered repeatedly, just as the moon rises each night.

If you’re feeling like Lady Moon is on your side, then you might want to try your chances on the gamble feature. It is triggered on any win during the main game and gives you a double nothing or quadruple nothing chance to increase your winnings.

If you’re looking for a medium volatility slot with a high RTP (97%), then why not let Lucky Lady Moon work her magic?

Play’n GO may have a gem on its hands with the January 2021 release titled Miner Donkey Trouble. Deep in an underground cave-in, a miner and his donkey (named Trouble) have been separated. The miner must frantically dig his trusted sidekick out, but you’d be surprised at the gems and gold he finds along the way.

You can enjoy this 5+ cluster pays slot on a 5×7 (reels x rows) grid. The detailed artwork and animation combined with Bluegrass music (think hillbilly) add to the charm.

Players can collect gold nuggets that increase a win multiplier by one. Unleash the Donkey Destruction Bonus by feeding the donkey for spectacular results.

The miner’s pickaxe can add 4-10 diamond wilds to the playing area, substituting all regular symbols. The fun doesn’t end there as the slot also has mega symbols. Here, a maximum of 2 diamond wilds or gems (2×2, 3×3 or 4×4 in size) are added to the grid.

If you want to get into the free spins, you will need 3 dynamite sticks. Dynamite scatters explode on the grid to remove gems and rocks while leaving behind 2 scatters. Re-trigger free spins, up to a total of 20.

Prepare to immerse yourself in this underground adventure for up to 10,000x bet!

Tomb of Akhenaten from Nolimit City

Nolimit City first took us to the Tomb of Nefertiti. Now we find ourselves on another adventure in the Tomb of Akhenaten. Enhanced with incredible artwork and soundtrack, immerse yourself in the world of Pharaohs and Egyptian gods!

There are two features and special symbols to help make the most out of your Egyptian treasure hunt: Sticky Win Spins and Akhenaten Spins.

Sticky Win Spins are triggered on any win, rewarding up to 3 re-spins by improving on your previous win. You can level up twice, adding an extra row each time for up to 3,125 ways to win. On the third level, a space on the top row becomes a wild and non-winning symbols re-spin. There is also the chance of landing pyramid wilds.

Akhenaten Spins features a win multiplier that increases by one on every Sticky Win Spin. At the same time, a bonus symbol adds an extra free spin to the starting eight. For a price, you can buy your way directly into 8 or 12 Akhenaten Spins.

Known as the ‘Heretic King’ or a descendant of the god Aten, what will his legacy mean for you?

Red Tiger Gaming sets its sights on the ancient Mayan civilisation with the release of Yucatan’s Mystery. Set within a temple in the South American jungle, you’ll find stone face sculptures, carvings, colourful masks and a Mayan princess. Immerse yourself in a soundtrack featuring exotic jungle wildlife and more.

Yucatan’s Mystery is played on a 5×4 (reels x rows) and 30 paylines playing area. The story gets better as the gorgeous design is complemented with excellent payouts of up to 4,284x bet.

The slot has two exciting features beginning with Mystery Coins. These symbols can randomly appear in multiple spaces on any spin and reveal an identical symbol.

The second feature is the free spins that can be re-triggered. 2×2 Super Coins can appear and grow up to 5×4 with each extra spin symbol that appears. Super Coins remain on the reel for the duration of the free spins. You can win up to 750x bet on every spin.

After tapping ancient Greek mythology in Demi Gods II, Spinomenal is back at it. Demi Gods III taps Norse mythology. Introducing Loki, Odin, Thor, Freyja and Tyr, 5 brilliantly illustrated gods around which the slot is centred.

These Norse gods are expanded symbols that can cover an entire reel. Spinomenal combines exceptional artwork with an epic soundtrack worthy of the title. The slot is based on 5×4 (reels x rows), 45 paylines and a maximum payout of 300x bet/payline!

The journey begins with 2x or 3x win multipliers that can be randomly applied to your win on any game round.

Use the Buy Feature or land 3 fully expanded Norse God symbols on the reels to trigger the 12 Free Spins Journey. Players may choose from 9 unique modifiers which unfold on one of the 9 worlds of Norse mythology: Musphelheim, Niflheim, Nidavellir, Helheim, Asgard, Midgard, Jotunheim and Vanaheim.

With so many epic realms to choose from, what world will your journey take you to first?

Book of Tribes Reloaded from Spinomenal

Seek out the Golden Book in Book of Tribes Reloaded, and all will be revealed in this Aztec theme from Spinomenal. Welcome to the high volatility companion to Book of Tribes where you swap one mysterious adventure for another!

Let’s start off by saying that Spinomenal has outdone itself in the graphics and animation department. The soundtrack doesn’t disappoint either with the sound of a crackling fire and ancient tribal music. The payouts are another highlight that can reach a whopping 10,000x bet!

The 10 paylines slot is enjoyed over a 5×3 (reels x rows) playing area home to all sorts of fantastically illustrated symbols including a chieftain, a princess, and a jaguar.

The slot features free spins with expanding symbol (randomly chosen by a wheel), which adds suspense. There is also a book scatter wild that rewards up to 250x bet! If you’re tired of waiting for the free spins to trigger, you can also take advantage of the Buy Feature.

If you’re prepared to go on a high volatility Aztec adventure for the chance of big winnings, then try Book of Tribes Reloaded. 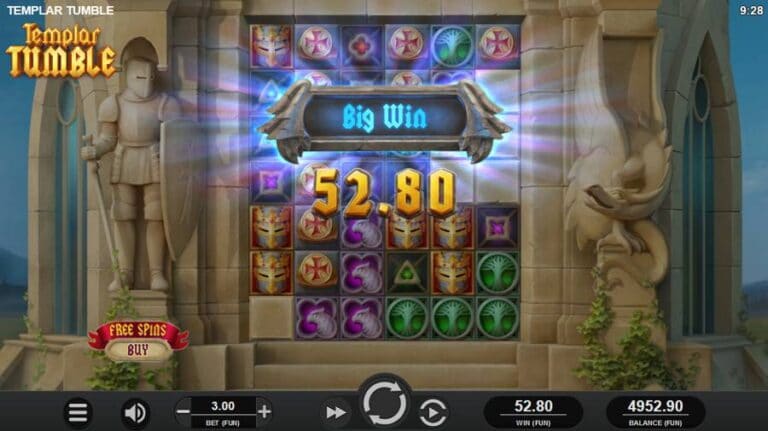 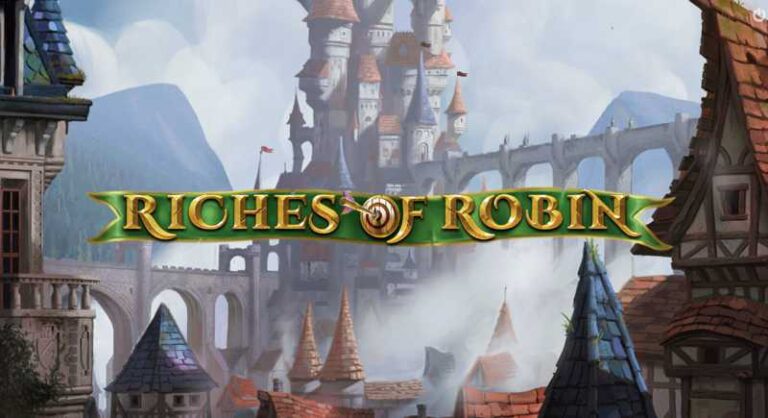 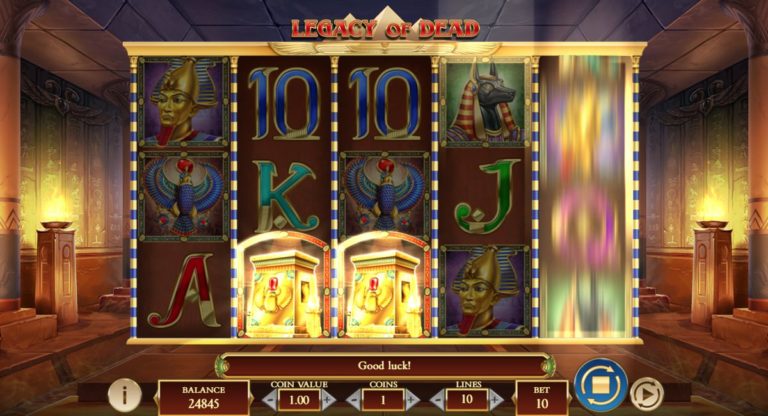 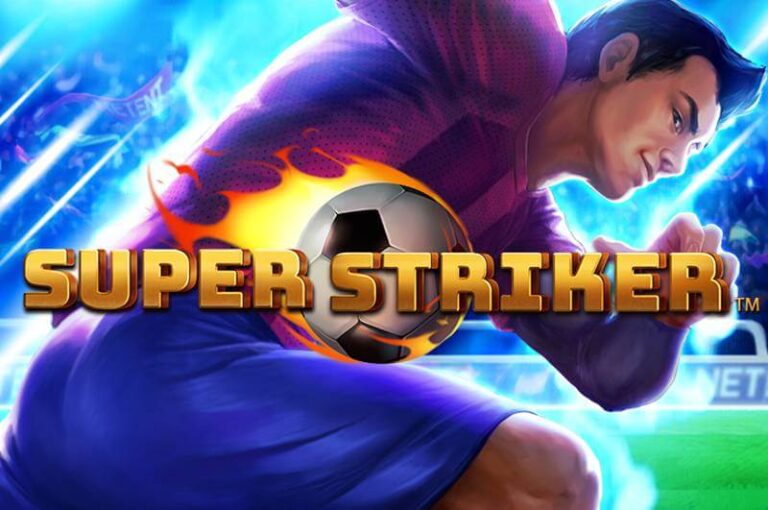 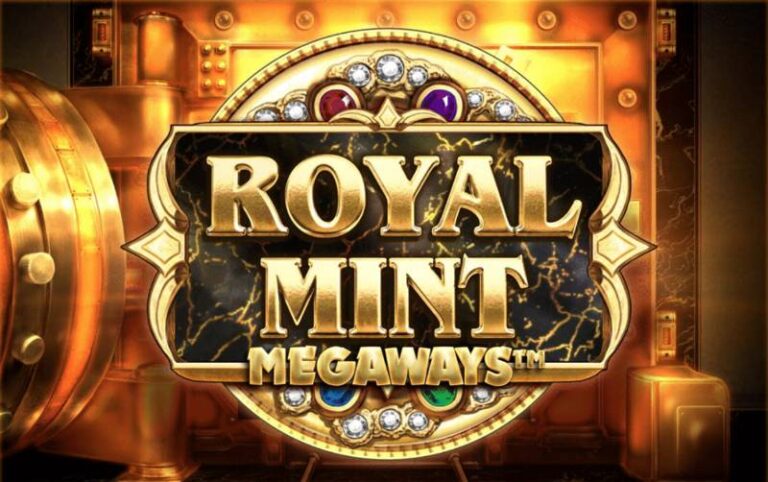 In April 2020, Quickspin released Nero’s Fortune based on the dramatic events of the Great Fire of Rome in July 63 AD. Using tumbling mechanics, cluster wins, the Burning Arrows…