Bitcoin. Blockchain. Cryptocurrency. Private key. Coin mining. The terminology alone is enough to scare off just about everyone.

This article will explain Bitcoin in simple language that even Aunt Agatha, aged 96 in the shade, will feel comfortable with and understand.

Let’s start with the basics.

Imagine Little Johnny is sitting in a park with his equally little friend, Jack. Johnny has an orange in his hands. He gives it directly to Jack.

There’s no middleman sitting between them, just all the other kids on the playground watching the transaction closely. Jack is now legitimately in possession of the orange, and he can do with it what he likes.

That’s how Bitcoin works. Sure, it’s super-simplified, and aimed at seven-year olds, but it’s enough to understand the basics (the very basics, mind you) of Bitcoin.

Really, though, the grown-up explanation isn’t much more complicated.

Bitcoin is a peer-to-peer, decentralised, safe, and secure digital currency.

Going back to our example, remember Johnny gave the orange directly to Jack? There was no middleman to complicate the exchange. That’s how Bitcoin works. It’s a peer-to-peer currency, so it doesn’t need a bank teller or a judge standing in-between.

But wait, if there’s nobody to act as a go-between, how can we be confident the transfer is safe and secure? And how can we be certain that the payment reaches the right destination?

Remember, in our example, there were all the other kids watching Johnny give Jack the orange. It’s the same with Bitcoin, but on a much, much, much, wider scale.

This is where blockchain technology comes in. Think of it as a ledger that sits atop the Bitcoin universe, and sees and records everything. It’s a ledger that keeps a record of every single bitcoin transaction, and, in that way, it ensures complete transparency.

Blockchain technology ensures neutral and independent transaction processing that uses vast computing power that it sources from around the world. Millions of people and companies globally contribute computing processing power to ensuring an accurate, safe, and reliable record of all the transactions made.

Why do they do this? What’s in it for them?

Bitcoin miners, the folk who contribute their enormous computing power, are the folk who keep Bitcoin running. In fact, there wouldn’t be Bitcoin without them.

Mining is a spread-out consensus system used to confirm transactions by recording them in the blockchain. Mining enforces a chronological order in the blockchain, it protects the neutrality of the network, and it allows all the above-mentioned computers to agree on the state of the system.

In short, Bitcoin miners keep your money safe. So, how do they get rewarded?

By earning new bitcoins, of course. But since there is a limited number of bitcoins available (it will never go above 21 million), you can be sure the currency will retain its value and not be watered down.

Next up. How do you use bitcoins? Simply.

You’re a new user. You want to get the best out of bitcoins. You don’t want to know the algorithms and tech specs, and you don’t need to.

Here’s how to do it.

And that, my friends, is Bitcoin 101. Really, not too complex at all! If you’d like to gain a deeper understanding of this digital currency, the web is full of reputable information.

And Johnny, Jack, and all the other kids on the playground? They’re now using bitcoins to buy ice creams, make bets, and generally have a good time.

So, now you know the basics, what are the next steps? Get a Bitcoin wallet! 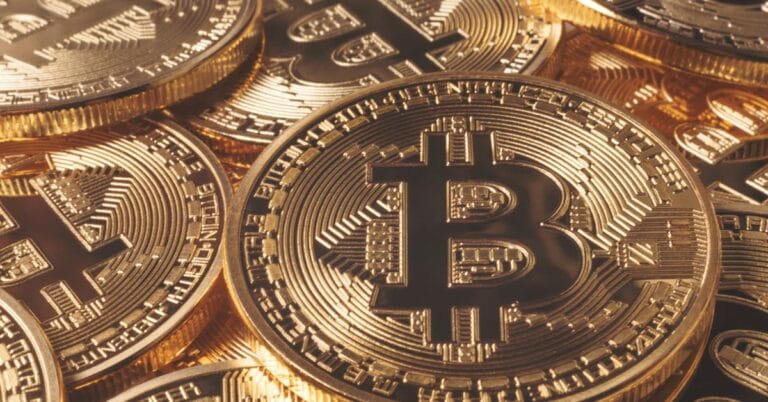 Bitcoin was the first digital currency, also known as cryptocurrency, to be revealed to the world back in January 2009. At first many were sceptical about the survivability of the…